Our professional development Webinars are specially designed with subject matter for all built environment professionals. The Webinar series accommodates all of your training needs, whether you choose an office or home environment. Webinars are scheduled throughout the year and are delivered using the Zoom® Webinar service. Most qualify for CPD Category 1 credits, and require the completion of an online Quiz (test) after each Webinar session. Students and those requiring RPL can now purchase Virtual Seats for these Webinars.

This Webinar covers the appropriate application of the 2018 JBCC® Edition 6.2 Principal Building and N/S Subcontract Agreements, and its supporting documentation, with reference to the 2018 JBCC® Edition 5.2 Minor Works Agreement and the requirements applicable to Organs of State contracts. In addition, the two new 2020 JBCC® contracts, the Small and Simple Works Contract and the Direct Contractor’s Contract, will be introduced.

After completion of the course you should be able to:

Price for a single delegate:

Price per delegate for multiple delegates:

After almost 3 years of consultation with various role players, PROCSA released Edition 5.0 with effect from July 2021. The main emphasis has been on the scope of services across all the disciplines. All have had significant changes based on feedback from the industry. 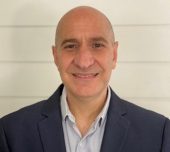 Clifford Hayim is a Registered Professional Quantity Surveyor, a member of the Association of South African Quantity Surveyors (ASAQS), Royal Institute of Chartered Surveyors (RICS), Association of Arbitrators (AOA) and an active member of the PROCSA Drafting Committee. Clifford is the representative Director of Contracts On-Demand (Pty) Ltd, being the digital service provider of the PROCSA and JBCC Contracts / Agreements. He has vast experience in practice and academia at Wits University, specialising in the field of construction and property development. Having served on the PROCSA Committee for the last 12 years, he brings a wealth of experience on the PROCSA Suite of Agreements.

Put yourself a decade ahead of the pack by practising the crucial parts of negotiating. In fact, the return-on-investment for negotiating skills training is almost immediate. Excitingly, an avalanche of new brain research has also made this negotiation programme simpler and more powerful. So, by focusing on a few big discoveries, neuroscience has allowed us to focus on the new basics, and produce the CUSP® Negotiating System that is intuitive and easy to implement.

Ian Rheeder trains and consults in the business, marketing, sales & leadership space (i.e. persuasion sciences). He is a Chartered Marketer (CM) and also holds an MSc (Management of Technology & Innovation; Da Vinci Institute). Ian is the Ex-Marketing & Sales Director of the international zipper giant YKK, adjunct faculty at GIBS (2005-present), and before he studied marketing, he was an electrical engineer on the Rooivalk helicopter project at Denel.

Please note: You will be required to complete a quiz after the Webinar session in order to claim your CPD points.

This 3-session CPD Webinar covers an introduction to the SAICE General Conditions of Contract 3rd Edition 2015 (GCC 2015). The webinar consists of three separate sessions, each 3 hours long from 14:00 to 17:00 over three non-consecutive days, a total of 9 hours. Attendance of all three sessions of the webinar is compulsory.

Users who need to become familiar with the basics of any construction contract will gain that basic knowledge at this Webinar. Of all the standard forms of contract from the various suites of standard forms of construction contract permitted by legislation for state projects, the GCC 2015 is the most widely used by municipalities, water boards, state agencies and many other organs of state and the private sector.

Attendance at this Webinar on the GCC 2015 will provide a delegate not only with the fundamental knowledge of construction contracts regarding payment, time, risks, quality, termination, claims and disputes during construction, but also with insight of other contractual mechanisms such as subcontracting, completion, defects, penalties, variations, escalation and the like.

The various roles of the contracting parties are explained, including the roles of the Contractor, the Employer and the Employer’s Agent. Case law (contractual disputes that ended in court) is covered. The GCC 2015 glossy paper publication is not included in the course material. Copies of the GCC 2015 (or its Guide) can be purchased either in hard copy or as a watermarked PDF reference version. The paper publications can be purchased online from the SAICE bookstore at:​ https://store.saice.org.za/book-store/general-conditions-of-contract-for-construction-works-3rd-edition-2015. The electronic reference copies of the publications can be purchased online from https://saice.org.za/digital-gcc-suite-of-contracts 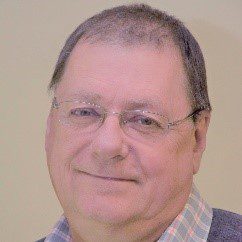 Benti was born in Paarl, matriculated in Centurion, graduated at Stellenbosch University in 1979, registered with ECSA as a Pr Eng in 1989, and was employed by two large consulting engineering firms until 2018. Then he became a sole practitioner specialising in advisory services in contractual affairs until the present. He holds the Certificate in Arbitration of the Association of Arbitrators (Southern Africa) NPC. Benti began representing CESA at the SABS from 2012 and became the chairperson of the SAICE Contractual Affairs Subcommittee 2018-2021. During the eighties he was involved in the design of various wastewater treatment works including Olifantsvlei (Johannesburg) and Zeekoegat (Pretoria) and in many other large projects. He became a FIDIC and GCC contracts specialist in 1989. Benti has lectured at Stellenbosch University as a guest lecturer. He represented CESA and SAICE in various capacities at the SABS and CIDB and was awarded SAICE Fellowship 2019 for contributions to and services to the Profession. Benti has presented CPD Seminars, Workshops and Webinars on Construction procurement, on the SAICE Suite of GCC standard forms of contract, on the CESA suite of standard Professional Services Agreements from 2016 through 2021.

Aspects of the new SAIA Compendium of Practice Guidelines are presented with particular reference to: ‘How Projects Start’ This is a presentation of a grouping of documents selected as being part of an initial understanding of the necessary preparation by Consultants when planning for the first encounter with a Client on a new project.

This presentation describes the procedures involved for the architect to show the potential Client the extent of their responsibilities, and:–Why do you need me?

The law requires the employment of competent persons to be employed to oversee, with registered professional competence, all building developments. Effectively, this means that architects or project managers need to be employed as their Client’s agent to fulfill the objectives that have been set out and described as the overall intention, and specifics to be achieved in a new building project, or the adaptation, the provision for alterations and additions to an existing property. Key to the overall understanding, is the fact that the building delivery process usually takes a great deal of time, as there is considerable involvement of a large series of obstacles and approvals to be achieved. 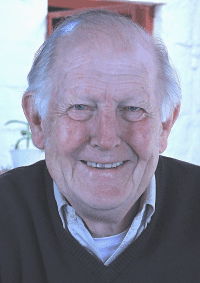 Ian was born in Kimberley, matriculated in Port Elizabeth, graduated at UCT in 1964, practiced in two big practices until 1997 and in his own until 2021. Ian began representing SAIA from as early as 1977 joined the PIA from the inception of the new dispensation in 1995. Many large building projects were completed successfully, including the Heerengracht Hotel in 1969 where full services were provided including the interior design. Ian lectured at Tshwane University of Technology as specialist lecturer for 16 years. He represented SAIA and SACAP in various capacities and was awarded Life Membership of SAIA in 2016 for contributions to and services to the Profession. "Ian has presented Workshops and Webinars for Contracts On-Demand from 2009 through 2019 on the subject of Professional Services Agreements in overall aspect and PROCSA specifically emphasising the need to contract properly with your client".

This website uses cookies to improve your experience while you navigate through the website. Out of these, the cookies that are categorized as necessary are stored on your browser as they are essential for the working of basic functionalities of the website. We also use third-party cookies that help us analyze and understand how you use this website. These cookies will be stored in your browser only with your consent. You also have the option to opt-out of these cookies. But opting out of some of these cookies may affect your browsing experience.
Necessary Always Enabled
Necessary cookies are absolutely essential for the website to function properly. These cookies ensure basic functionalities and security features of the website, anonymously.
Functional
Functional cookies help to perform certain functionalities like sharing the content of the website on social media platforms, collect feedbacks, and other third-party features.
Performance
Performance cookies are used to understand and analyze the key performance indexes of the website which helps in delivering a better user experience for the visitors.
Analytics
Analytical cookies are used to understand how visitors interact with the website. These cookies help provide information on metrics the number of visitors, bounce rate, traffic source, etc.
Advertisement
Advertisement cookies are used to provide visitors with relevant ads and marketing campaigns. These cookies track visitors across websites and collect information to provide customized ads.
Others
Other uncategorized cookies are those that are being analyzed and have not been classified into a category as yet.
SAVE & ACCEPT